Dolley Carlson is a third-generation Irish American with South Boston “Southie” roots. She is the daughter of one of Boston’s finest (Boston Police Department), and is passionate about weaving the people, locale, and lore of the city into her first novel, The Red Coat. For the last 20 years, she has been an inspirational speaker at events across the nation. She is author of a four-book series: Gifts From The Heart (Cook Communications), which has sold more than 90,000 copies. She has contributed to books and magazines, been a frequent guest on radio programs, and her work was featured on KTLA -TV in Los Angeles. 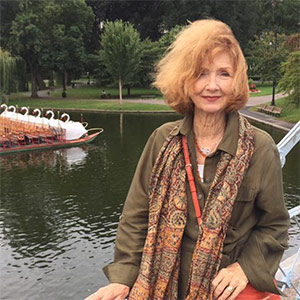